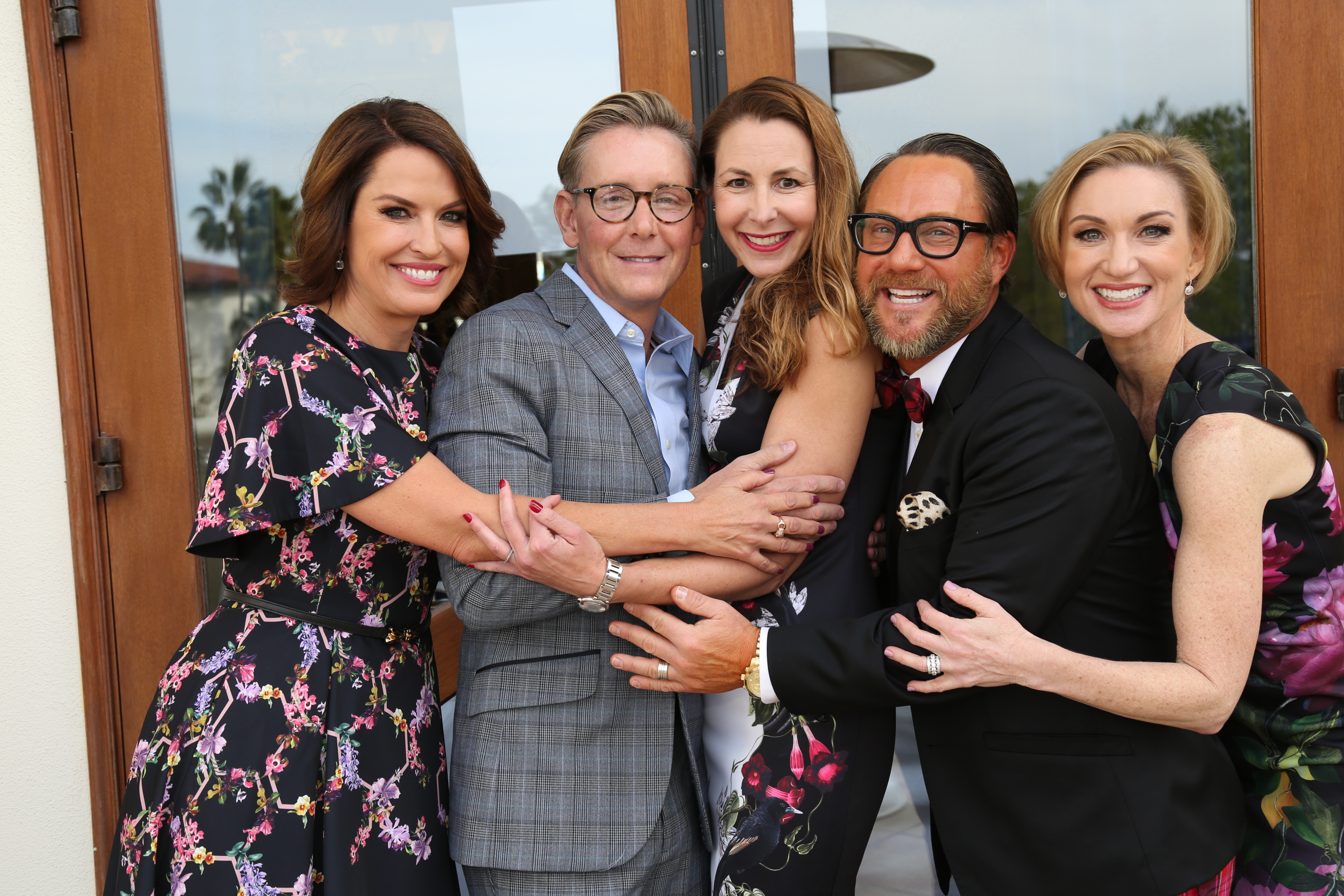 Santa Ana, Calif. (December 14, 2016) – Friends of CASA, a fundraising auxiliary of Court Appointed Special Advocates (CASA), hosted its 2016 Holiday Luncheon on Wednesday, December 7, 2016, at The Monarch Beach Resort in Dana Point. The Luncheon and Fashion Show proved a hard ticket to come by as the event was sold out prior to invitations even hitting mailboxes. This year’s event netted more than $344,000 that will go directly to supporting CASA’s mission of recruiting, training, and supervising community volunteers who mentor and advocate for children in the foster care system. Top Tier Diamond Starfish Sponsors of this event included Barclay Butera Interiors and Lugano Diamonds.

The sophisticated yet modern event was co-chaired by Molly Jolly and Kimberly DeLamar Matties, who were assisted by a team of over 60 members from the Friends of CASA auxiliary group, which is led by Interim President and CASA CEO, Kathryn Seebold. This year’s event also had two Masters of Ceremonies, Barclay Butera and Ray Langhammer of Barclay Butera Interiors, who brought their unwavering passion of helping CASA forward throughout the event. Over 600 guests filled the halls outside of the ballroom to bid on 166 auction packages during the champagne reception. The 2016 Fashion Partner, Ted Baker London, presented by South Coast Plaza featured both women and men’s fashions. The runway show brought forth an irreverent sense of humor and unswerving attention to detail through the British brand’s known unconventional approach to fashion.

The guest speaker for the event was current CASA volunteer, Rhonda Beylik. Rhonda shared her story of coming to CASA four years ago and being matched with “a beautiful, petite, brown eyed, dimpled 14 year-old girl”. One of Rhonda’s first assignments as a CASA volunteer was to ask this young girl what she would like as a “Starfish Wish” – which are special gift items that guests of the Holiday Luncheon are able to pick off of the Starfish Trees and purchase for the kids that CASA services. Rhonda’s child asked for a camera one year, so that she could make memories, an opportunity to go YMCA Camp Fox in Catalina another year after years of being afraid of telling her peers what she did over the summer – as she never had opportunities to do anything fun or exciting, and this past year told her CASA that she had everything she needed – and didn’t have a wish “Have you ever in your life, ever heard a teenager say those words?”, Rhonda asked the crowd. Rhonda ended her story by sharing the good news that her CASA child is the first person in her family to graduate from high school and also attend college – a true success story with the help of her CASA volunteer.

An opportunity drawing donated by Lugano Diamonds featured a 5.49 Pear Shape Black Diamond pendant with .75cts Round Brilliant Collection VS Diamonds and an additional 5cts Black Diamonds set in 18k White Gold and valued at $25,000 was won by Tyler Matthew Olbres.

Friends of CASA are committed to raising funds for CASA of Orange County’s mentor-advocate program for abused and neglected children in the foster care system.  Through the annual Holiday Luncheon, the Friends of CASA raise awareness of the CASA program, recruiting volunteers and long-term donors to CASA.  Over the years, this dedicated group of women has been responsible for raising well over 2 million dollars that has gone directly to addressing the needs of some of our community’s most vulnerable children. This year’s Executive Committee of the Holiday Luncheon consisted of Stacie Capobianco, Elizabeth Carpino, Tiffanie Foster, Sandra Gee, Annette Helmich, Shawni Jackson, Lori Jackson, Patty Juarez, Sandi Marino, Colleen Masterson, Stefanie Stamires, Janine Wald, Jaynine Warner, Tracy Wiegand, Kristen Wilson and Marjie Zethraus.

About CASA of Orange County

Court Appointed Special Advocates of Orange County is a privately-funded non-profit organization that serves severely abused, neglected and abandoned children through the recruitment, training and continued support of volunteers who advocate and mentor these children, representing their best interest in the courtroom and other settings. Founded in 1985, with major support from the Junior League of Orange County, we serve annually approximately 750 of the children who move through our court system as a direct cause of abuse and neglect. We are able to serve these children through the generous support of those who donate to CASA as well as the immeasurable compassion and commitment of our CASA advocates. At CASA of Orange County, our mantra is I am for the Child. Learn more about the ways to give to CASA as a means to help us support and protect the rights of our county’s valued children and to give them the nurturing and stability that they deserve. Please visit www.casaoc.org to learn more.